Hello fellow foodies. After reading recent commentary from Bill Penzey, the author of Culinary Compost is officially withdrawing all references to Penzeys Spices on this food blog. While I’ve always known that Bill overtly inserts his political opinion in monthly mailings to his customer base, (which, in its own right is wrong on so many levels) I can no longer stand by and let this man spew his rhetoric of hate to conservatives, and to people who support and voted for Donald Trump in the 2016 Presidential election, by labeling them “racist.”

I am not a racist. I never have been. And I resent being called one.

This is extreme-left socialism, and this kind of bigotry has no place in America.  Make no mistake — my observation is not one of Conservatives vs. Liberals. It is simply a stance of the author not supporting an individual who wants to further divide this country through hate by means of his product.

Shown below are a few articles and a link to Penzey’s official Facebook page:

You be the judge.  Last time I checked, America was still a free country. And my readers, of course, are still allowed to shop where they want and exercise their right to free speech, which I will always respect. However, pitting people against each other in the guise of “Love” is a ruse by Bill Penzey, who’s only concern is making as much money as he can over a very contentious election.  Funny thing is, he’s pissed off a lot of his customers, and I, for one, will not be coming back.

Bill Penzey can be reached at bill@penzeys.com

In the interest of an open discussion, leave your thoughts below – none will be censured.
—Mike from Culinary Compost 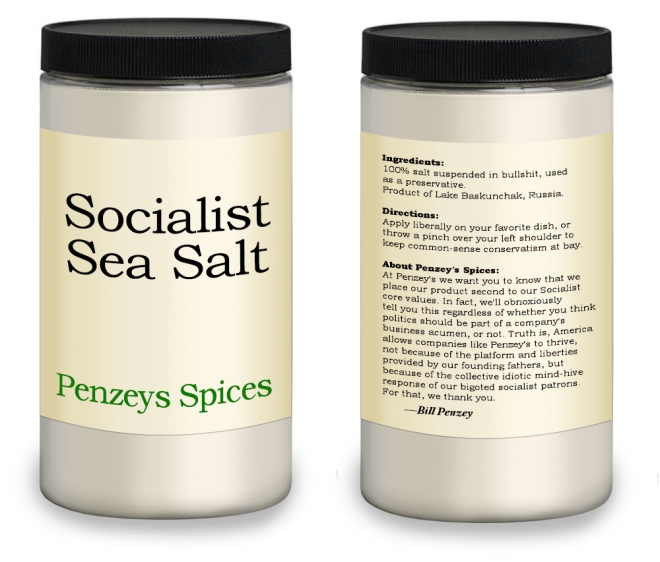 This is a simple recipe from my grandmother, and dates from before WWII.  It is savory and easily prepared for a busy mid-week supper.

Saute the onion and celery in butter until just tender. Add the ground beef and cook until no longer pink. Add the tomatoes and mushrooms with their juices and the tomato soup. DO NOT add water.

Season and stir in the cooked noodles. Bake covered in a 5 quart covered dutch oven at 325° F. for 1 hour.
If the casserole looks like it has too much liquid, cook for an additional 15 minutes.

This recipe hails from early 1950s Alaska. There’s something to be said about a recipe that can be thrown together with simple ingredients and the sum of its parts adds a whole new dimension to such a basic dish. This is one of those recipes. Great for deer camp — and yes — it does attract bears.

In a Dutch oven cook the beef with the onion and garlic until done and drain off fat. Add all other ingredients except the cheese. Mix well.

Cover and bake at 350° F. for one hour. Sprinkle with cheese just before serving.